It’s fair to say that I don’t blog as often as I’d like to.

There’s lots of reasons for this, and one of the lamest is not taking enough of the ‘right type’ of photos to put in my posts. I take lots of photos – like many mums probably too many – but just not enough of the ones that feel good enough and nice enough to sit on the top of a blog post.

It can be easy to get trapped behind the camera, forgetting to enjoy the moment because you’re too busy trying to capture it.  And sometimes you’re just too busy watching the scene unfold before you to think to grab the camera and capture it.

A couple of months ago now we were up in Aberdeenshire for a few days for a friend’s wedding, and spent a slightly hungover post-wedding morning exploring the fabulous Duthie Park in Aberdeen. The wedding itself had taken place in the Winter Gardens there so we thought it would be nice to have a proper look around and check out the playgrounds while we were there.

The girls got stuck straight in with Daddy whilst I nipped back to the car to pick up something I’d forgotten.  Crossing back over the car park, Tunnocks Caramel Wafer halfway into my mouth (a freebie from the hotel room – I’m all class), my stomach gave a lurch that wasn’t hangover induced.

A small figure was sliding towards me at a rapidly increasing speed, straight down the (not even exaggerating) 30 foot long slide on the hillside. Hey, it could even be 40 foot – I wasn’t measuring it and for once Google doesn’t seem to know, so in the absence of evidence to the contrary I think we can all agree that it was at least 50 foot long.

Ok so now I’m exaggerating, but you get the idea. It was a big slide, far too big for a one year old to be conquering on her own.

With visions of a crumpled, battered toddler screaming at the bottom of the slide I lurched towards it to rescue her. Only she was none of the above.  I’d go as far to say she was quite pleased with herself, albeit a little surprised by the extent of the ride.

Daddy insists that he was trying to get onto the slide with her on his lap, the sensible father way. And knowing how she can contort herself to get out of your grasp when she has her mind on something I can believe it.

Suffice to say we’re staying away from excessively tall slides for a while, and there was no photographic evidence of the event.  Instead the picture shows her reprising her stunt on a far more appropriately sized slide a few days later.

The incident clearly hasn’t put her off slides just yet.

Growing up in the countryside I never thought I’d ever be a city girl, so I’m still kind of surprised that I’ve spent most of my adult life in cities and, god forbid, am bringing my children up in the suburbs surrounded by houses and cars, rather than by animals and fields.

Sadly I’ve realised that sacrificing the view of cows from my kitchen window is better than sacrificing hours of my time every day commuting.

But living in the suburbs shouldn’t and doesn’t stop us from getting out in the countryside and going a bit earth mother every so often.

Every summer since I met my husband I’ve suggested going strawberry picking. We’ve never actually made it, so it’s become a bit of a running joke between us. And once again this year we missed strawberry picking season, but at a loose end this weekend we decided to make a trip out to Kenyon Hall Farm near Wigan, where they have a year-round supply of pick your own fruit and veg, a playground, farm shop and of course a cafe.

Well, we can’t be leaving all the urban comforts behind now, can we?

Whilst G excitedly ran up and down the rows of peas, sweetcorn and blackberries, C took it all in from her vantage point up on my back – our trusty woven wrap being far more useful in this case than a pram.

We came home happy, with a slight pink tinge from the late sunmer sun, three corn on the cob, a punnet full of garden peas, and a rather sad handful of blackberries – the blackberry bushes having apparently been stripped by visitors earlier in the day.

After teaching G how to shell peas (another ‘earth mother’ moment right there), they made it into that evening’s Sunday roast, with the rest of our haul saved for another day.

At 8 and a half months old, C is perfecting her pincer grip, and this coupled with inheriting her big sister’s love of food meant she made short work of dinner, peas included.

I had a fleeting realisation when I looked back at the photos that if we go again next summer it’ll be with with not one but two children running up and down the rows.

Time really does fly, doesn’t it? 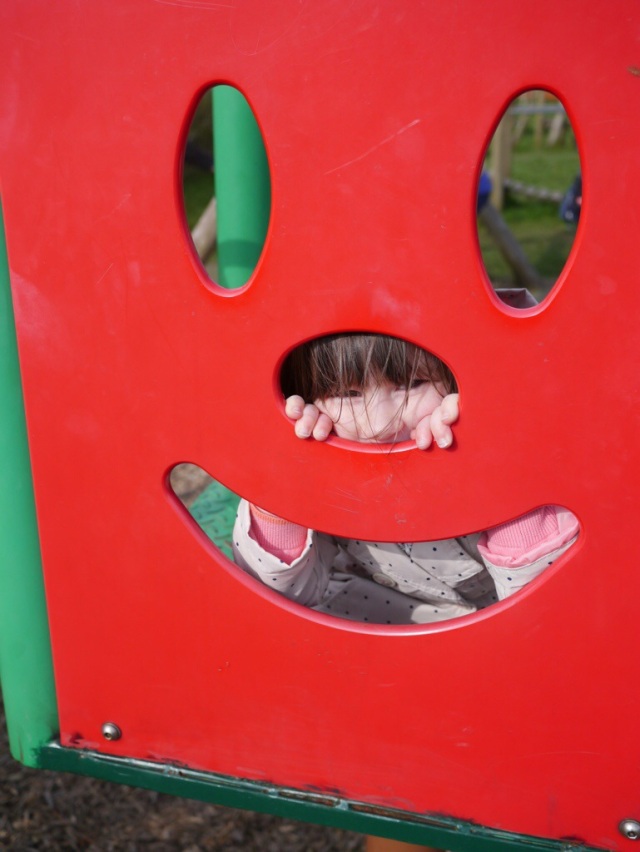 So today was, of course, Mother’s Day in the UK. After a couple of sleepless nights with C I was rewarded with the best gift possible – a lie in! Although given Mother’s Day coincided with the clocks changing it looked much more luxurious than it really was. 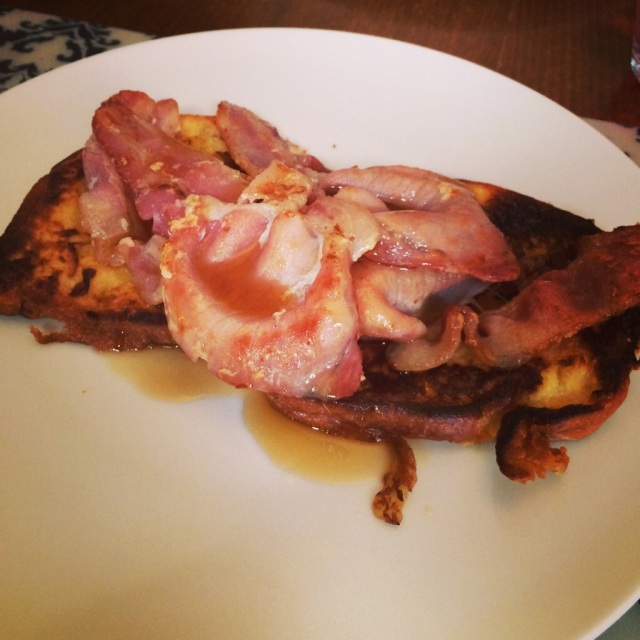 After brunch of French toast with heaps of bacon and lashings of maple syrup (the post baby diet is very definitely on hold), we set off to enjoy the sunshine at nearby Clifton Country Park. G was lured away from her new favourite TV show (Team Umizoomi, if you’re interested) by the promise of ducks to feed, a big playground and an ice cream van for afterwards, the latter very much mostly for G’s benefit given I’m still eating dairy free due to C’s suspected cows milk intolerance.

I decided that this was also the opportunity to get some photos with my girls, given I’d realised that beyond a few taken in the hospital when I was most definitely not at my most photogenic (!), we only had two pictures with the three of us in – one our blurry New Year’s Eve Jones family selfie, and another in the pub – both involving alcohol, which surely isn’t the right impression to give! The first of these is still the only picture with all four of us in, but given it was Mother’s Day Mr J was in charge of the camera today. C was happy enough to oblige with our impromptu photo shoot, although she didn’t seem overly excited by her first go on a slide (I kept hold of her, before anyone gets worried!).

The challenge for Mr J was firstly catching G as she ran around the playground, determined to have a go on everything there, and then getting all three of us looking vaguely in the same direction, but I reckon he did alright.

I hope everyone had lovely Mother’s Days out in the sun and was spoilt rotten in one way or another, but also big Jones family hugs to those who are missing their mothers or their children today.

There was an error retrieving images from Instagram. An attempt will be remade in a few minutes.